from the Dictionary of National Biography, Volume 15, pg 22, edited by Sidney Lee

Pace, John (1523?-1590?), professional fool, born about 1523, was probably son of John Pace a brother of Richard Pace [q. v.] (cf. Letters and Papers of Henry VIII, vol. iv. pt. iii. pp. 1472-3). The elder John Pace was appointed custumer of Lynn, Norfolk, in 1522 (13 Hen. VIII), and was afterwards settled in London (ib. p. 2344, vol. iii. pt. ii. p. 889). Educated at Eton, John the younger was elected a scholar of King’s College, Cambridge, in 1539. He apparently left the university without a degree, although he was popularly credited with being a master of arts. That he was soon attached in the capacity of jester to the court of Henry VIII is often stated, but the statement rests on no contemporary authority, and it is possible that those who credit Pace with the distinction confuse him with another professional fool, Robert Saxton, ordinarily called Patch, who, after attending Cardinal Wolsey with great fidelity until his death, entered the royal service (CAVENDISH, Life of Wolsey). There seems, however, little doubt that Pace became jester in the household of the Duke of Norfolk before Henry VIII’s death, and that, in Elizabeth’s reign, he was transferred to the court. That a man of education like Pace should have voluntarily assumed ‘ the fool’s coat’ often excited hostile comment. To such criticism Pace’s friend, John Heywood [q.v.] the epigrammatist, once answered that it was better for the common weal for wise men to ‘go in fools’ coats’ than for fools to ‘go in wise men’s gowns’ (CAMDEN, Remaines, ed. 1857, p. 314). Two examples of Pace’s wit are extant, but neither reaches a high level of excellence. Cardinal Allen relates in his ‘Apology’ (p. 68) that when the English government interdicted the circulation of catholic books in England,’ madde J. Pace, meeting one day with M. Juel [i.e. John Jewel, bishop of Salisbury], saluted his lordship courtly, and said, ” Now, my Lord, you may be at rest with these felowes, for you are quit by proclamation.” ‘ Bacon relates in his ‘Apopthegms’ ( Works, ed. Spedding, Ellis, and Heath, vii. 125) that ‘Pace the bitter fool was not suffered to come at the Queen because of his bitter humour. Yet at one time some persuaded the Queen that he should come to her; undertaking for him that he should keep compass. So he was brought to her, and the Queen said: “Come on, Pace; now we shall hear of our faults.” Saith Pace: “I do not use to talk of that that all the town talks of.” ‘ Pace was dead before 1592.

Nash, in the ‘Address to the Printer’ of his ‘Pierce Pennilesse’ (1592), complains that the printer’s haste in sending the book through the press had prevented him from apprnding ‘certayne epistles’ which he had written ‘to the Ghost of Pace, the Duke of Norfolk’s jester.’ These ‘Epistles’ are not known elsewhere. 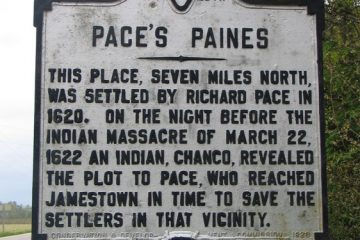 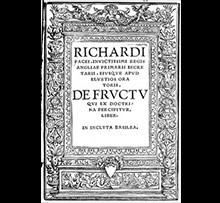 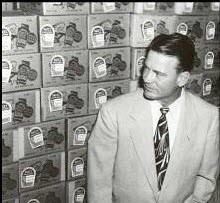